Denali – General Update From The Mountain

A powerful storm has settled over Denali with strong winds gusting at both the 11,200′ and 14,200′ camps.  It was snowing hard earlier today, but a report from an hour ago was that the snow had abated, but the wind had picked up.  The forecast is for gusts of up to 55 mph later today at 14,200′.

Fortunately, our teams have had plenty of advanced warning and have either descended and flown off the mountain or fortified their camp with thick walls built from heavy blocks of snow. Our May 4, May 9 and the DSUSA team all decided that they were running too close on their food, fuel and time to wait out what had been predicted to be a truly epic storm, so they all descended to Base Camp yesterday.  Over the course of the day, all the team members were able to fly off the glaicer.  Some returned to Anchorage yesterday evening, while the remaining climbers are all headed back to Anchorage now.

Sebastian Grau, Lead Guide for our West Rib team sent us a bunch of photos from 14,200′ camp that he shot yesterday. 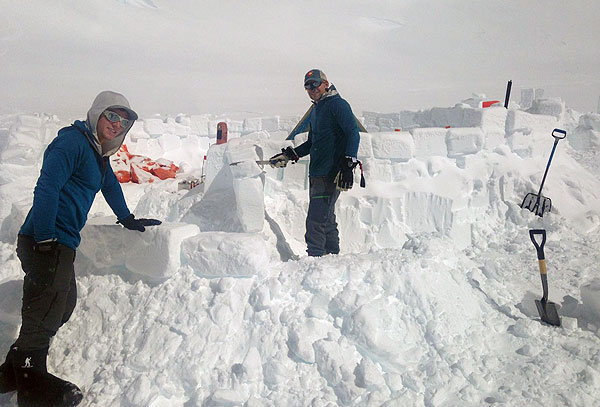 Three of the four climbers on our Rib team are engineers, so they have been building a heck of a camp!  Seba just called and said that they are paying particular attention to the most important part of camp – the bathroom!  There’s nothing that hinders nature’s call like snow blowing around your parts… 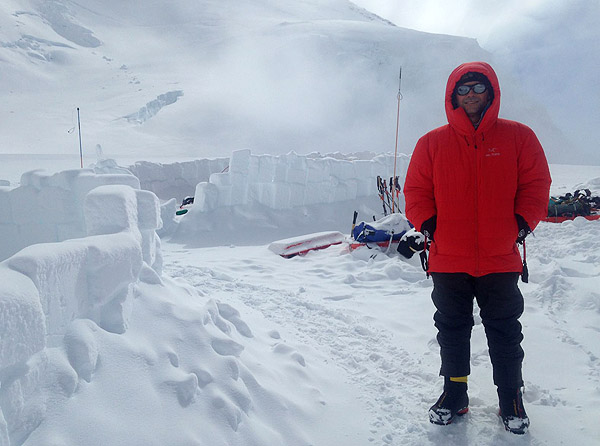 Seba reported that the winds last night were really hard up above camp, and it sounded like freight trains passing over camp.  The winds at 14,200′ Camp were not too terribly hard during the night and it actually warmed up a bit from the very cold temps they had been experiencing.  The wind higher up has been raging as evidenced by the following picture, looking up at the upper part of the West Rib route. 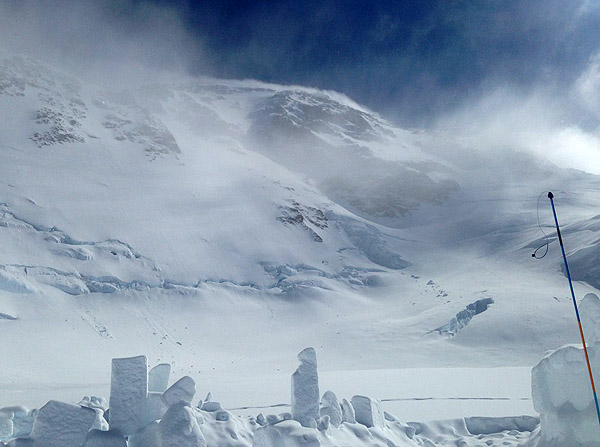 There are currently four Mountain Trip teams camped at 14,200′.  Our May 11, West Rib, May 13 and May 15 teams are all camped near one another and helping each other out.

Our May 22 team was able to sneak into Base Camp yesterday!