Denali, the highest mountain in North America, the “Great One,” the “High One,” and formerly Mount McKinley, towers over the surrounding rugged Alaska landscape, visible on the horizon from upwards of 100 miles away.

Mountain Trip has been guiding on Denali for 44 years now, primarily on the classic West Buttress Route, which the June 17 team will follow.

After a tough season on the mountain, we’re wishing the team the best of luck; hopefully the weather will cooperate for them to reach the highest point in North America. They have answered the call of the mountain from halfway around the world, the South Pacific, to be exact. 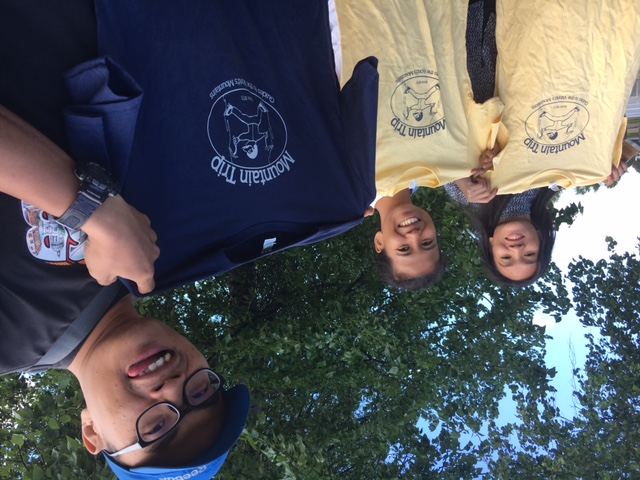 Mathilda Dwi, Fransiska Dimitri and Frans Jimmy Tumakaka, who have all traveled from the islands of Indonesia.

They will be accompanied by Mountain Trip guides Josh Garner (lead), Kristen Arnold and Kakiko Ramos-Leon.

The climbers and guides met in Anchorage at the Lakefront Hotel to have a briefing about the mountain itself and to finalize last minute details of what to expect on the mountain. 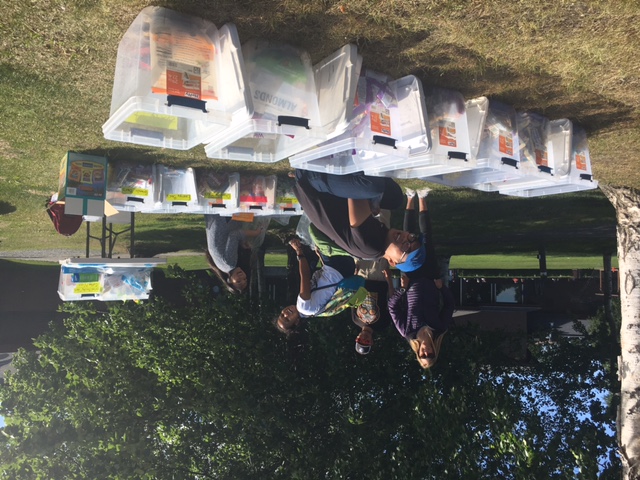 Above, after the team went through their trip meeting and guides checked to make sure everyone had sufficient gear to protect them from the elements, the climbers perused Mountain Trip’s carefully curated snack selection and chose their favorites (upwards of 20 pounds of snacks!) to fuel them up the mountain.

From Anchorage, the team will load up a Mountain Trip van with all of their supplies (including all of their snacks, tents, ropes, climbing gear, group meals, outerwear, packs, duffels, reading material, etc.) for the next 21 days on the glacier, and drive to the small, end-of-the-road hamlet of Talkeetna. A tiny, close-knit community, Talkeetna serves as the jumping-off point for the majority of expeditions into the Alaska Range.

Once in Talkeetna, they will sit in on an orientation with the National Park Service climbing rangers, and sign out for their expedition. From there, they will bring their gear over to the Talkeetna Air Taxi airstrip, where they will load up a ski plane with all of their gear for the next 21 days and, weather permitting, take a scenic flight over braided rivers, flowing glaciers and the jagged peaks of the Alaska Range to Denali Base Camp on the broad Kahiltna Glacier.

To those at home following along with the reports: Please note that while the team will do their best to update as much as possible, sometimes they don’t call in for one reason or another. Often, it is difficult to obtain a good satellite phone connection from deep in the Alaska Range, and sometimes the team is simply too tired from the day of climbing or they don’t want to brave the elements to go out to the particular edge of camp that has good enough service to make a call. Keep in mind that NO NEWS IS GOOD NEWS, and don’t be alarmed if the team misses a day or two (or even three) of calling in audio updates.

Those following are also encouraged to leave comments for the climbers and guides, but please keep in mind that they wont be able to actually read them until they return to Talkeetna.

The first update from the team will likely come to us from Denali Base Camp at 7,800′. Best of luck to the climbers and guides–climbing Denali is not an endeavor to be taken lightly!